A passage from the early pages of the book:

“When Nat began to 'call' on young ladies, he ran into a slight problem with his father who maintained that no honest man would be on the streets after nine p.m.  Since visiting hours for proper young ladies usually lasted from seven to nine, this schedule ordinarily would work out nicely.  It seemed, however, that the prettiest girls were just as inaccessible as Rapunzel.  They either lived in Bellows Falls, which was about twenty-two miles away, or in Walpole (Alice Wellington), which was seventeen  miles away …. If he wanted to get home from Walpole with the horse and buggy by nine o’clock, he would almost have to start back before he got there.” 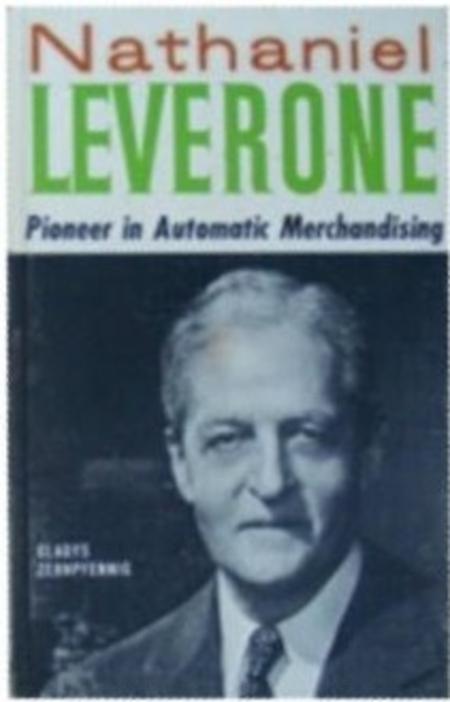 We're back, this time with an entry that author Bill Reed has described as "a little human interest story."

Love in the Time of Curfews

Alice Wellington grew up on a farm in Christian Hollow in Walpole with her two sisters and a brother.  She had a boyfriend from Keene named Nat Leverone.  Nat later become very wealthy and eventually gave Dartmouth College, his alma mater, a new field house in 1968.   He also gave Leverone Hall, the graduate school of management, to Northwestern University, in 1972,  and yearly took many disadvantaged kids to White Sox games.

Where did Nathaniel Leverone, Alice’s erstwhile suitor, come by the money to build buildings that bear his name at prestigious colleges and buy thousands of ball game tickets?  He grew up in Keene, in very comfortable surroundings and graduated from Keene High School in 1902 – he was such a good student he skipped two grades.  Alice Wellington graduated in 1904.  Nat went on to Dartmouth where he graduated in 1906, member of Phi Beta Kappa.  His father, Robert Leveroni – Nat must have changed the “i” to “e” – was in the fruit and nuts business and owned two buildings on Main Street in downtown Keene.  Both Robert and his wife, Rosa, were born in Genoa, Italy.

Nat went to Chicago, where he had his brainchild -- the Automatic Canteen Company, a pioneer in the vending machine business.  Nat had a long and prosperous career, and was a renowned philanthropist and public speaker, known nationally.

In 1963, a complete biography by Gladys Zehnpfennig, entitled Nathaniel Leverone, Pioneer in Automatic Marketing, was published in a series called Men of Achievement.

Nat and Alice.  What time is it getting to be? (from Alice's photo album)

Here, by the way, is how I remember my grandmother, Alice Wellington Reed (she and Nat did not marry) from my childhood. She would set me on her knees and say, “This is how the gentleman rides, Da dup. Da dup, her knees bouncing smartly.  And this is how the farmer rides, Hobble de hoy. Hobble de hoy," her knees alternating slowly. 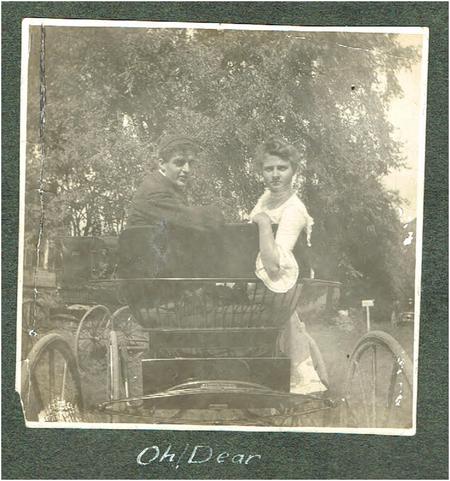